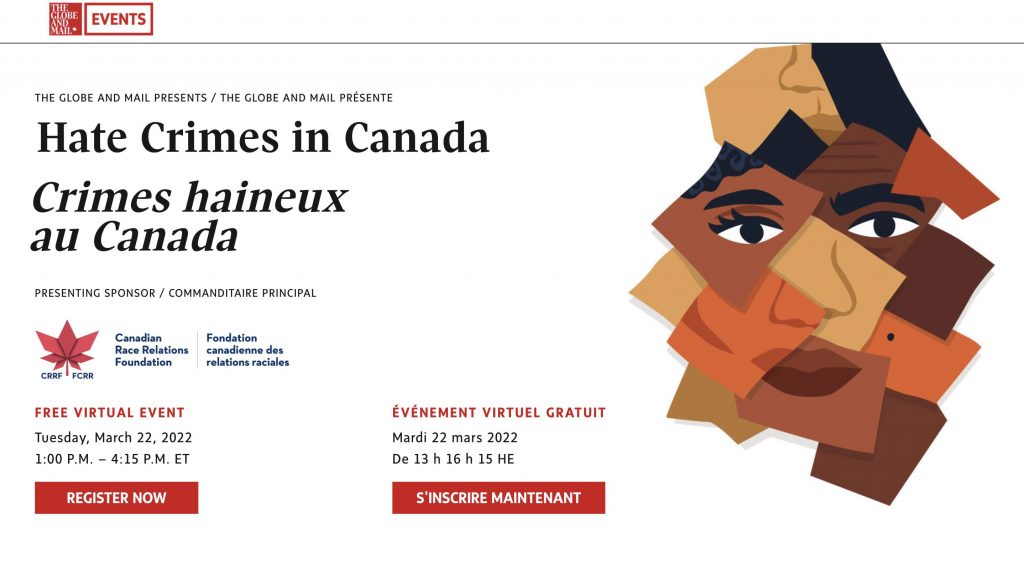 Hate crimes are considered message crimes and minority communities are often the target.

During the first year of the pandemic, the number of police-reported hate crimes in Canada increased by 37 per cent over 2019, according to Statistics Canada. It’s the highest number of reported hate crimes since data first became available in 2009, yet it only represents a tiny fraction of what people have reported experiencing.

What is fueling the rise in hate crime, what are the implications for society, and how might law enforcement, the justice system, citizens and communities respond?

Join The Globe and Mail and the Canadian Race Relations Foundation on March 22 for a discussion on solutions, strategies and next steps to mitigating hate crime in Canada.