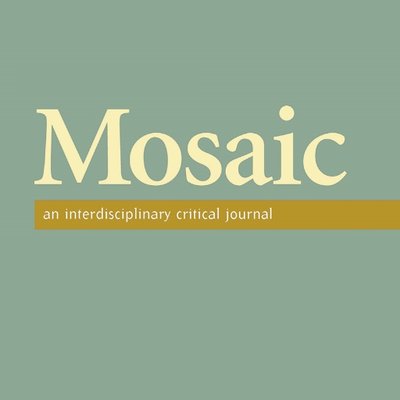 In collaboration with Bik Van der Pol, Mosaic, an interdisciplinary critical journal invites you to join us for a series of digital lectures via Zoom on what we have called relative time/little time. The lectures concentrate on the different granularity of current time relative to the period beginning in 1989, which marked a decisive acceleration of economy, growth, extraction, globalism, movement, population, transportation, etc., and ending in 2020, when over a few weeks the world came to a halt under the influence of the pandemic that spread as rapidly and widely as people, commodities, and capital once moved.

Denise Ferreira da Silva is the Director of the Social Justice Institute at the University of British Columbia. An academic and practicing artist, Dr. Denise Ferreira da Silva’s work addresses the ethico-political challenges of the global present. Her books include Toward a Global Idea of Race (2007), A Dívida Impagavel (2019), and Unpayable Debt (forthcoming). With Paula Chakravartty she co-edited Race, Empire, and the Crisis of the Subprime (2013). She has made a number of films that include Serpent Rain (2016) and, in collaboration with Arjuna Neuman, 4 Waters-Deep Implicancy (2018). With Valentina Desideri she has collaborated on the relational projects Poethical Readings and Sensing Salon.

“Sleep Through This Talk: Imagination and the Paradox of Sleep in a Restless World”

Paul Huebener is Associate Professor of English in the Centre for Humanities at Athabasca University. His research focuses on time and in particular its relation to power, more recently the intersection of time studies and sleep studies. His books include Nature’s Broken Clocks: Reimagining Time in the Face of the Environmental Crisis (2020)and Timing Canada: The Shifting Politics of Time in Canadian Literary Culture (2015). With Susie O’Brien, Tony Porter, and Liam Stockdale and Yanqui Rachel Zhou, he co-edited Time and Globalization: An Interdisciplinary Dialogue (2017) and Time, Globalization and Human Experience (2017).

“The Observational Eros: Time, Libido, and the Attention Ecology”

Marina McDougall is a curator working at the intersection of art and science, nature and culture, who specializes in interdisciplinary approaches in public educational environments. She was the founding director for the Center for Art & Inquiry at the Exploratorium. McDougall was the first curator of art and design at the CCA Wattis Institute for Contemporary Arts and co-founded the Studio for Urban Projects. She has been a visiting curator at the MIT Media Lab, the Museum of Jurassic Technology, the California Academy of Sciences, and the Oakland Museum of California. Steven Duval is an artist, educator, and researcher and specializes in the relationship between specialist and non-specialist identities in relational and collaborative art practice. He has shown his work nationally and internationally including the Gwangju Biennale, Nuit Blanche Paris, the Pistoletto Foundation, and Apexarts. He is also a founding member of the pedagogical research collective Protoacademy. With David Cateforis and Shep Steiner, Duval co-edited Hybrid Practices: Art in Collaboration with Science and Technology in the Long 1960s (2019). Duval and McDougall are working on a Green New Deal workshop in collaboration with the Slought/Public Trust in Philadelphia.

“‘A Great Universal Future Equitably Open to All Peoples, All Nations, and All Species’: Decoloniality Beyond Openness”

Dr. Chigbo Anyaduba is an assistant professor in the English Department at the University of Winnipeg. His teaching and research interests focus broadly on African and Black/African diaspora literatures. His current research explores the cultural representations of genocidal mass atrocities in Africa. Anyaduba is the author of The Postcolonial African Genocide Novel: Quests for Meaningfulness (Liverpool University Press, 2021).

“Learning from the Six Seasons: Research with the Asiniskaw Īthiniwak”

Dr. Melanie Braith is the Project Manager of the Six Seasons of the Asiniskaw Īthiniwak Partnership Project, and the Research Coordinator for the Centre for Research in Young People’s Texts and Cultures at the University of Winnipeg. She holds a PhD in Indigenous literatures from the University of Manitoba and her research focuses on traditional Indigenous storytelling and its contemporary manifestations and reinventions. Melanie is a settler scholar from Germany who lives and works in Winnipeg.

“An Artificial Anthropology of Noise”

Dr. Sean Singh Matharoo is a Postdoctoral Fellow of French in the Department of Romance Studies at the University of North Carolina at Chapel Hill, where he is updating his thesis about French- and English-language speculative literature, media, and philosophy into a book, provisionally named Race and the Apocalypse: Toward a Solar Semiotics of Energy. Sean has published essays in Horror Studies, Green Letters, Alienocene, and Philip K. Dick: Essays of the Here and Now (2020). He is also a practicing noise musician.

Dr. Melanie Dennis Unrau is a SSHRC Postdoctoral Fellow in English and Comparative Literature at Columbia University, a Research Affiliate at the University of Manitoba Institute for the Humanities, and a Visiting Fellow at St. John’s College (U of Manitoba). She is the author of Happiness Threads: The Unborn Poems (Muses’ Company, 2013), a co-editor of Seriality and Texts for Young People: The Compulsion to Repeat (Palgrave, 2014), a former editor and poetry editor at Geez magazine, and a former co-editor of The Goose: A Journal of Arts, Environment, and Culture in Canada. She is working on a book titled The Rough Poets: Petropoetics and the Tradition of Canadian Oil-Worker Poetry.

Anna-Sophie Springer and Etienne Turpin are principal co-investigators and co-curators of the exhibition-led inquiry Reassembling the Natural, which opened its most recent iteration, ponds among ponds: threshold behaviour & nested life, at Shanghai’s Institute of Contemporary Arts in March 2021. They are also the co-editors of the intercalations: paginated exhibition series, published by K. Verlag and the Haus der Kulturen der Welt in the context of Das Anthropozän-Projekt, and Fantasies of the Library (MIT Press, 2016). With support from Germany’s Stiftung Kunstfond, they are currently working on a major new book-as-exhibition project, Productions of Nature, which brings together a decade of field work and archival research on the colonial histories and possible futures of natural history collections.

“Art in the Age of Importation”

Andrea Robbins and Max Becher are New York based collaborative artists who use photography. Their primary focus is what they call the transportation of place — situations in which one limited or isolated place strongly resembles another distant one. Accepted as genuine locales, these situations are ones in which traditional notions of place coincide and intersect with the legacies of slavery, colonialism, holocaust, immigration, tourism, and mass-communication. Their most recent research focuses on the Southernization of the United States, which comes along with ultra conservative politics, religious fundamentalism, and climate debunking. Their books include Brooklyn Abroad (2005), The Transportation of Place (2006,) and Black Cowboys (2016).