The Least Fair Law in Canada: Why the Extradition Act Must be Reformed 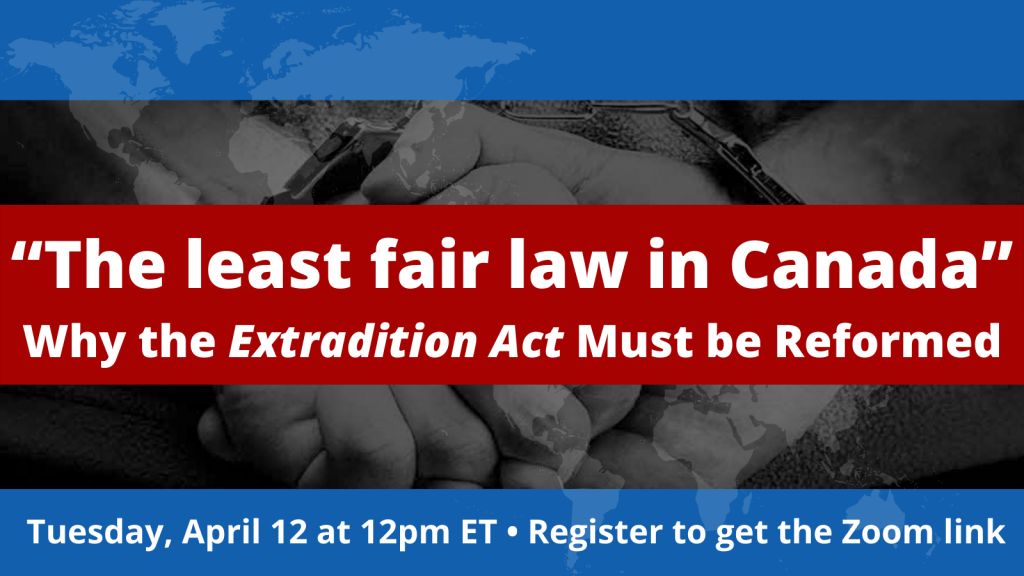 Register here in advance to get the Zoom link

Canada’s extradition system is broken, with the Extradition Act being described as “the least fair law in Canada.” The Meng Wanzhou case has raised questions about extradition proceedings that have significant foreign policy implications, while the grave violations of the rights of Dr. Hassan Diab, wrongfully extradited to France, lays bare how the system fails Canadian citizens.

Join us for an important webinar discussion on why we must act now to fix this broken system and a new blueprint, known as the Halifax Proposals, for how to make it happen.

Plus: a premiere screening of a short video on the problems with the Extradition Act from the International Civil Liberties Monitoring Group.

Co-hosted by Queen’s University, the Human Rights Research & Education Centre at the University of Ottawa and the International Civil Liberties Monitoring Group.

A video of this webinar will be available after the event.

This event is hosted from the traditional territory of the Huron-Wendat and Haudenosaunee Peoples and is covered by the Upper Canada Treaties.