Here At the (Digital) Forks

By: Adele Perry
In: At the Forks

At the Forks is a new platform developed by the Centre for Human Rights Research and Mamawipawin, both located at the University of Manitoba. Our goal is to disseminate timely, accessible research and thinking about Indigenous people and colonialism, in the past and the present, seen through the lenses of Indigenous rights and human rights.

Our name gestures to where we are, the meeting of the Red and Assiniboine Rivers, or present-day Winnipeg, Manitoba. This place is called Nistawayak, or three points, in Cree, and it is the site of ancient and ongoing histories (Sinclair, 2019). At the Forks aims to support and disseminate work that engages these issues around the Indigenous and settler colonial world, but we especially aim to speak to the wide Lake Winnipeg watershed, which includes modern-day Manitoba, Saskatchewan, Alberta, and stretches into the northern Great Plains. This place is also tied to the Lake of the Woods watershed by a number of important streams and connections, including the fact that the city of Winnipeg has relied on drinking water from Shoal Lake since 1919.

Our goal is to disseminate timely, accessible research and thinking about Indigenous people and colonialism, in the past and the present, seen through the lenses of Indigenous rights and human rights.

Questions of Indigenous and human rights come together in particular ways in these places. Manitoba became a Canadian province in 1870 after protracted and sustained resistance led by the Métis. The century that followed witnessed a range of state efforts to contain and minimize Indigenous people, ranging from the development of a reserve system, the passage of the Indian Act, first in 1876 and still in place, the creation of a carceral system of residential schooling from the 1880s into the 1990s, and the removal of urban Métis communities like Winnipeg’s Roostertown around mid-century (see Carter, 1999; Peters et al, 2018). 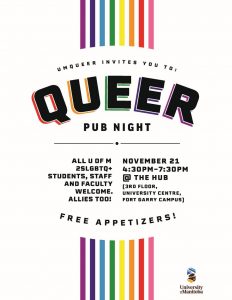 Yet this region remains profoundly and undeniably Indigenous. The 2016 census found that around 85,000 First Nations, Inuit and Métis people lived in Winnipeg, the largest concentration of Indigenous people in Canada. Approximately twelve percent of the population identifies as Indigenous, roughly the same as the cities of Regina and Saskatoon, and followed by Edmonton (City of Winnipeg, 2018). Eighteen percent of Manitoba’s population identifies as Indigenous – higher than any other province (Statistics Canada, “Aboriginal Peoples Highlight Tables”).

Questions of Indigenous people and communities, and their relationships to the settler society that surrounds them, are central for the Prairie provinces. In the past five years, historians, political scientists, geographers, sociologists and literary scholars have directly and critically addressed the prairies’ particular histories of settler colonialism and the ways it has produced lived realties of violence, marginalization, poverty, and premature death for Indigenous people. (See, for instance, McCallum and Perry, 2018; Dorries et al, 2020; Toews, 2018.) The ways that dispossession is lived in gendered terms is made clear by the ongoing crisis of murdered and missing Indigenous women, girls, and two-spirit-plus people (National Inquiry, 2019).

But the prairies are not simply a terrain of loss. The historical record and the present are rich in examples of how Indigenous people have both formally and informally resisted settler colonialism and built and maintained vibrant communities in the face of it. “Unlike the popular narrative of Indigenous acquiescence,” Kiera Ladner and Myra Tait argue, “our resistance is real” (Ladner and Tait, 2017, 11). It may not always be easily legible. As Gina Starblanket and Dallas Hunt explain, we need to make room for “the stories of Indigenous resistance and refusal that have always been present but are situated outside of or in opposition to settler tropes” (Starblanket and Hunt, 2020, 27).

Significant numbers of non-Indigenous people followed the arrival of the Canadian state and its technologies of settlement and rule. As Karina Vernon’s Black Prairie Archive makes clear, the prairies have long been home to Black communities, even if they have been rarely recognized and even less frequently celebrated (Vernon, 2020). So too the prairies have been home to people with origins in Asia since at least the close of the nineteenth century (see Marshall, 2011). Questions of who was, and who was not, a suitable immigrant were sharp for much of the twentieth century, and became particularly pointed in moments of social upheaval, including around the Winnipeg General Strike of 1919.

The language of human rights has also occupied public discussion and conversation in Winnipeg in the last decade. Since it opened at the Forks in Winnipeg in 2014, the Canadian Museum for Human Rights (CMHR) has been a lightning rod for critical conversation about the limits and possibilities of human rights as a framework for addressing histories of colonialism, violence, and dispossession (see, for instance, Busby, Muller, and Woolford, eds., 2015). The CMHR’s approach to Indigenous history and the tendency of its content to present to the public what sociologist Angela Failler calls a “cozy nationalism” (Failler, 2018, also Vosters, 2019 and Dean and Failler, 2019) raised concerns before its opening. In the summer of 2020, employees and former employees have come forward with experiences of anti-Indigenous and anti-Black racism and homophobia at the CMHR. (See, for instance, Malone 2020, Eliadis 2020).

Most of the articles you will find here will run between 1,000 and 5,000 words. We are aiming for pieces that are shorter than a standard academic essay or chapter or government report, but more substantial than a standard opinion piece or newspaper article, and much meatier than a tweet. At the Forks aims to publish material written by community-based authors, senior undergraduate and graduate students, emergent and established scholars.

At the Forks is a project designed for the pandemic present.  Our world has been remade by the events of the last year and a half.  We have been living with COVID-19 for some time, and it is a good time to take stock of the response of right-leaning prairie provincial governments, the disproportionate impact of COVID-19 on Indigenous and racialized people, and its particular impacts on women, children and young people.

At this particular moment, we must also work to build and maintain intellectual and social connection amid varying degrees of lockdown and social and physical distancing. As postsecondary and, to a lesser extent, secondary teaching continues to be significantly if not entirely online, it is critical that researchers provide accessible, open-access and rigorous material as easily and freely available as possible.

Forks are places where two streams, roads, or rivers meet. They are also points where different paths come into conflict and change course and diverge. Forks are pointy, and sometimes sharp. We hope that At the Forks will be a place to digitally discuss the colonial past and present and to consider how human rights and Indigenous rights might help us understand and change them.

If you are interested in contributing to At the Forks, please email Dr. Adele Perry at AtTheForks@umanitoba.ca.

Coutts, Robert. “The Forks of the Red and Assiniboine: A Thematic history, 1734-1850,” Parks Canada, 1988, available at https://www.theforks.com/uploads/bibliographies/1988-The_Forks_of_the_Red_and_Assiniboine_Thematic_History_1734-1850_Report.pdf

Eliadis, Pearl. “New report finding racism at the Canadian Museum for Human Rights was shocking – but predictable,” The Conversation, 10 August 2020. 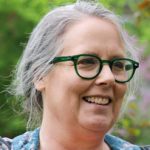