Dr. Adele Perry is a distinguished professor of history and women’s and gender studies. She is a historian of colonialism and imperialism, transnationalism, gender, sexuality, racism and western Canada in the 19th and 20th centuries.

Perry has published On the Edge of Empire: Gender, Race, and the Making of British Columbia, 1849-1871, Colonial Relations: The Douglas-Connolly Family and the Nineteenth-Century Imperial World and Aqueduct: Colonialism, Resources and the Histories We Remember. She co-edited People’s Citizenship Guide and four volumes of Rethinking Canada: The Promise of Women’s History. Applying a historical perspective to contemporary human rights issues, Perry has challenged racism in health-care delivery and in her own profession, along with barriers to library access for people who are homeless. From 2003 to 2014, Perry held a Tier 2 Canada Research Chair and she is a fellow of the Royal Society of Canada and past president of the Canadian Historical Association. 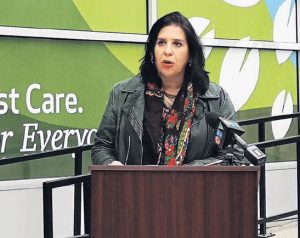 Dr. Shayna Plaut‘s work sits at the intersection of academia, journalism and advocacy.  Her academic writing has been published in Racial and Ethnic Studies, Journalism, Alternatives: Global, Local, Political, The European Educational Research Journal,  Journalism Practice and International Journal for Human Rights, as well as chapters in books published by Routledge, I.B. Tauris and SAGE.  As an educator, researcher and journalist, Shayna has served as a consultant for the UN’s Office of the High Commissioner for Human Rights, Amnesty International and a variety of migrant and human rights organizations. From 2013-2018  was the Human Rights Editor for Praxis Center ––an online resource center for artists, academics and activists, as well as people who identify as all three––where she writes, interviews and solicits work that critically engage with question of change can be. Since 2014, Shayna has served as the Research Manager for Strangers at Home, a project of the Global Reporting Centre, which has won numerous journalistic and human rights award.

Shayna happily relocated to Winnipeg in the summer of 2017 where she lives with her partner, two children and cat.

Manager (on parental leave until September 2022)

Dr. Pauline Tennent (she/her) is a 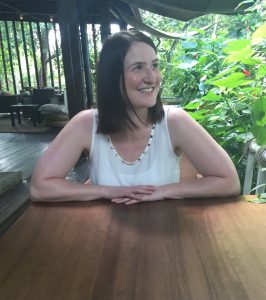 settler scholar who has worked for the past ten years exploring issues relating to reconciliation, settler colonialism, social movements, and social justice. In particular, she has worked with young people to explore their understandings of health and equity, their access to healthcare, their experiences in the workplace, and their experiences of migration and settlement. Pauline has a Masters in Social Sciences from the University of Glasgow, and a PhD in Peace and Conflict Studies from the University of Manitoba. Her PhD explored how educators in Manitoba understand and experience Indigenous and settler relationships in Canada. Before joining the Centre, Pauline worked with IN●GAUGE at the College of Nursing, the Canadian Museum for Human Rights, and the Arthur V. Mauro Institute for Peace and Justice.

Denise McInnes helped set up the Manitoba Institute for Materials before joining the Centre for Human Rights Research in 2016 in a part-time position. She previously worked as an office assistant for the chemistry department for 9 years and for Standard Aero for 11 years as a customer service specialist and export compliance officer. Denise is a certified geological technician, an active grandmother and community volunteer. Her usual office hours are Mondays, Wednesdays and Friday mornings.

Human rights speakers bureau coordinator Faith Daza is a third year law student at the University of Manitoba. She completed a BA with an English major and a Labour Studies minor before attending law school. She’s had a lifelong interest in human rights and got involved with Pro Bono Students Canada to write blog posts for the Manitoba Association of Rights and Liberties on human rights specifically with a focus on labour and employment. More recently, she’s been involved in Level Justice which is a charitable organization that promotes human rights education and awareness in the legal community. Faith participated in Level’s Blazing Trails Mentorship Program, acted as the Level’s Manitoba Chapter Director of Outreach for Robson Hall and will be acting as President for the 2022-2023 year. In her sparetime, Faith enjoys geocaching, reading, and writing.

Ha (Cassie) Dong (She/Her) is a graduate student in the Joint M.A. program in Peace and Conflict Studies at the University of Manitoba.  Her research interests include decolonization in peacebuilding and education, strategic peacebuilding, healing, and arts-based research. Cassie approaches research and education with an emphasis on curiosity, generosity, critical reflexivity, and deep engagement with the complexities and uncertainties of peace practices amid rising local and global challenges. Cassie will be starting her PhD in September 2022.

Outside of school, Cassie actively volunteers with various non-profits in Canada, the United States, Vietnam, Kenya, and Nepal in areas of conflict research, education, human rights, and sustainable development. She also serves as a mentor for Vietnamese youth through several educational programs in Vietnam. In 2020, Dr. Evelyn Mayanja and Cassie established the Stream of Life blog and podcast to share stories of conflict transformation and peacebuilding from diverse scholars, activists, religious leaders, and community leaders.

Carlie Kane is a proud member of Lac Seul First Nation on Treaty 3 territory. Carlie has attended the University of Manitoba since 2016 and is a current 1st year law student at Robson Hall. Carlie also holds an Advanced Bachelor of Arts Degree in Native Studies and Women’s and Gender Studies. Through her time at the University, she has been recognized as an Emerging Leader in 2020, has participated with the Indigenous Circle of Empowerment and the Neechiwaken Mentorship Program. She remains very active within the Indigenous and academic community. She is currently Circle National Executive for the Canadian Federation of Students. She also currently manages social media for Full Circle for Indigenous Education. Outside her endeavors, Carlie enjoys hanging out at home with her two calico cats, staying active, and travelling.

Corey Petsnik is the Social Media and Website Coordinator for the CHRR. Among other things, he a PhD student in social psychology at the University of Manitoba. He maintains the Centre for Human Rights Research Twitter feed and Facebook page and assists with the centre’s website. His master’s research evaluated how witnessing ostracism affects observers’ views of human nature and their antisocial inclinations.